Ohio gets a bad rap in my opinion. When I first told people I was going to be living here for a while, most all had a snarky reply. “Oh, I’m sorry,” or “oh God, why?” were common repeats. Most of these comments were made by people who, like myself, had probably never been to Ohio. It just has that kind of reputation. The worst part is, even lifelong Ohio residents, once they find out you’re not from here, are also quick to apologize that you’re spending time in the state—especially if they discover you’re from out West anywhere. While there is some regional pride apparent in the state silhouette stickers, shirts, and even tattoos prominently displayed by Ohioans, a very high percentage of them having lived here their whole lives, there’s still a prevailing attitude of inadequacy somehow. I think they should get over it. 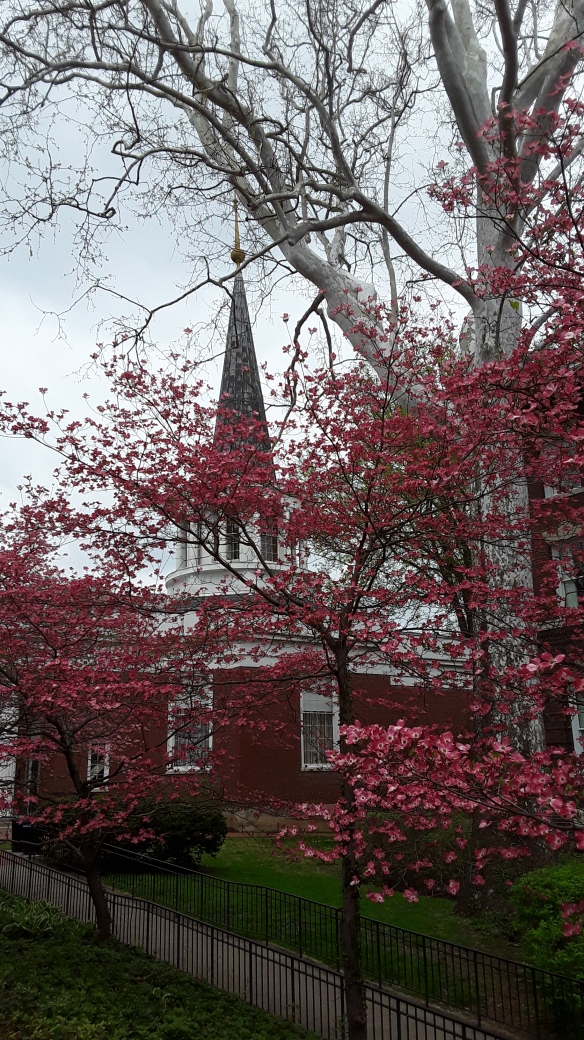 Spring on the Ohio University campus 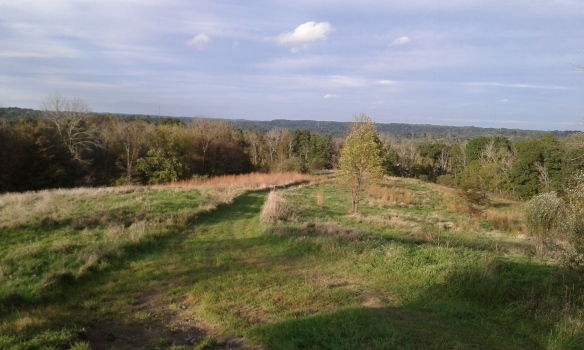 The Ridges Trails in Athens. Run here and you’ll know Ohio’s not all flat. 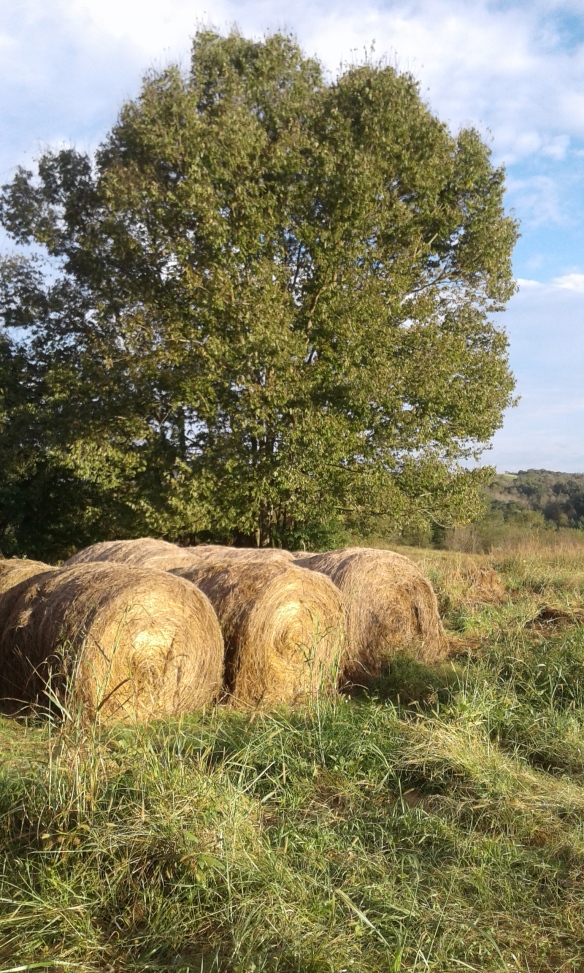 For the past nine-months I’ve been living in Athens, down in the southeastern part of the state. Often, Ohioans will say that Athens is different from the rest of the Ohio, hence tolerable to an extent, but I’ve done a bit a driving around and cannot attest to have seen much of a distinction other than the rolling geography—which one can find all along the eastern border of the state as it cuts through the Appalachian foothills. I won’t speak for Ohio’s major cities, which seem to be following the national trend of downtown revitalization complete with local food and beverage culture and increased recreation opportunities, or the sprawling suburban strip mall excrescences at their outskirts. And the small towns look like small towns anywhere, of course, with the same repetition of box stores and fast-food places. But rural Ohio as a whole seems like a pretty decent place to live for anyone simply looking to have a place, raise a family, etc. Positives are: green lush landscapes, productive growing conditions, decent year-round weather, an excellent system of state parks, and significant biodiversity. Negatives: roads in dire need of repair, substantial poverty in many parts of the state, and intense levels of allergens. 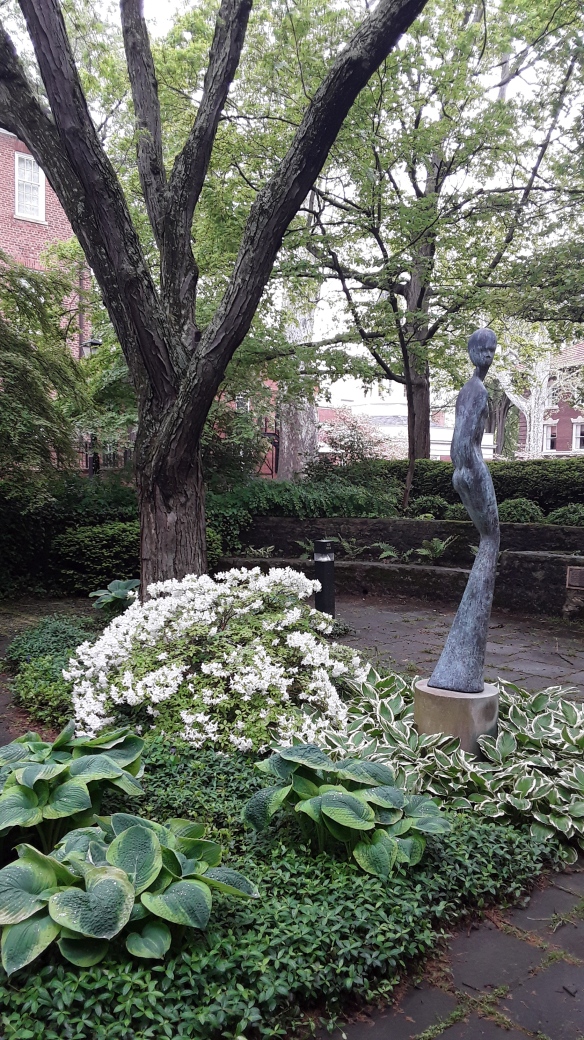 Bikeway along the Hocking River

Athens itself is home to Ohio University, founded in 1804, the year after statehood. The campus, streets, walkways, and buildings, are made of red brick, much of it locally produced at the time of construction. It’s a beautiful campus replete with numerous species of towering trees and flowering plants. Downtown Athens consists of several blocks of local businesses and bars, collectively referred to as Court Street. The best parts of Athens, for me, however, have of course been the opportunities for being outside. One of my favorite features of Athens is the Adena-Hockhocking bike path, a 20+ mile paved trail running from the east side of town all the way to neighboring Nelsonville. Prospects for trail running, hiking, and mountain biking are also abundant, with several options beginning within the town limits. Most notable is the Ridges trail system accessible from campus, and Sells Park on the east side, with connector trails extending into Stroud’s Run State Park. Numerous areas for running, hiking, canoeing, and kayaking can also be reached within a half-hour drive: Lake Hope and Burr Oak state parks, and the Zaleski State Forest. And within an hour one has access to one of the more famous regions in Ohio, the Hocking Hills, an area full of shaded canyons and waterfalls. 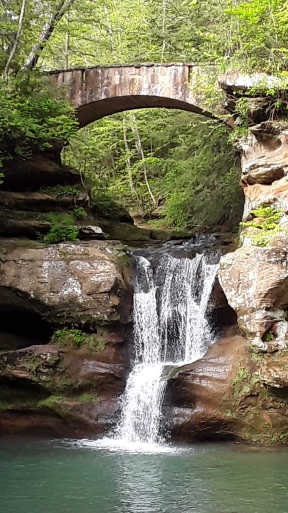 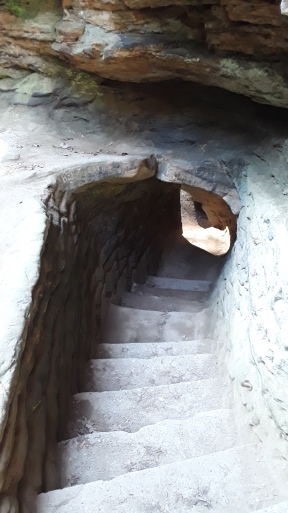 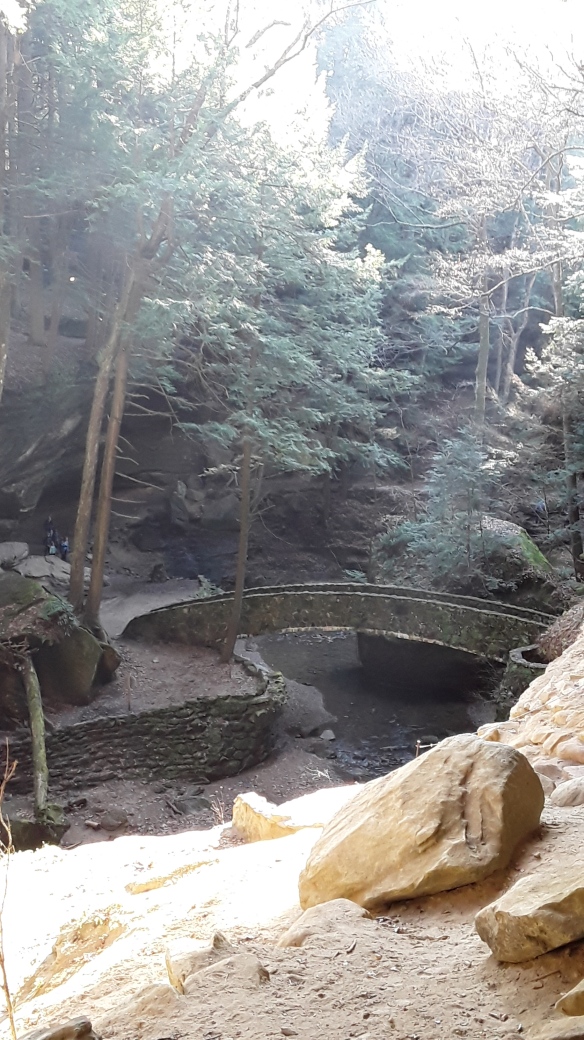 Rock work and scenery combined on the Hocking Hills trails

My time here has been busy, but I’ve still managed to check out a fair amount of this part of the Buckeye State. Not wanting to leave without seeing a few other parts of Ohio, however, a couple of weeks ago Erin came up and we set out for a few days of exploring. From Athens we made our way up north, stopping off for a run on the Buckeye Trail, a 1,444 mile loop trail marked by ‘blue blazes’ which circumnavigates the state. From there we cruised up to Akron and camped out at the southern end of Cuyahoga National Park. The park comprises a strip of greenbelt along the Cuyahoga River and remnants of the Ohio & Erie Canal. The Cuyahoga Valley Scenic Railroad also runs along the river, and one of the more popular activities is bike riding along the old tow-path of the canal. It’s a nice place, to be certain, but the experience is decidedly more urban than wild. I doubt there’s a square foot of the park where you can stand and not hear some attention deprived Harley owner revving up his ego. We spent most of the day in the park, first biking the path several miles into downtown Akron early in the morning, then loading up on the train. The ‘bike aboard’ pass is only $5, and we rode an hour-and-a-half north to the last stop in Rockside, disembarking there and riding many miles back to our starting point. From there we headed up to Lake Erie, finding our way to East Harbor State Park and an awesome sunset. The next day was a stop at the Marblehead Lighthouse, and a ferry over to Kelley’s Island, where we spent the night. This little area of Ohio was really cool, with a distinctly beachy vibe. I got a kick out of the travel ‘Coastal Ohio’ signs along the roads. The next morning we caught the ferry back, and headed south through central Ohio and lots of scenic farmland. That afternoon we checked out a few gems of the Hocking Hills, camped a final night, and got in a hilly run at Lake Hope before returning to Athens. 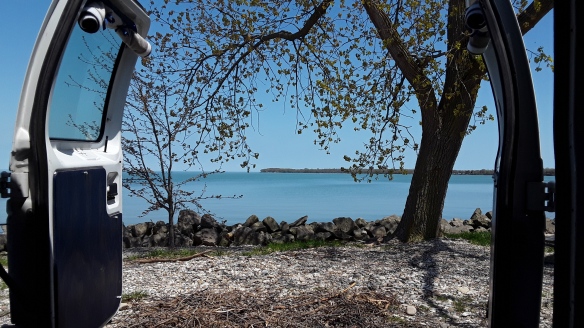 So yeah, nine months in Ohio. It was a pleasure to be here long enough to witness the four seasons, and to feel like I got to know the area a bit. Headed to Dayton this afternoon for a few days, then westward bound. Time to move on.